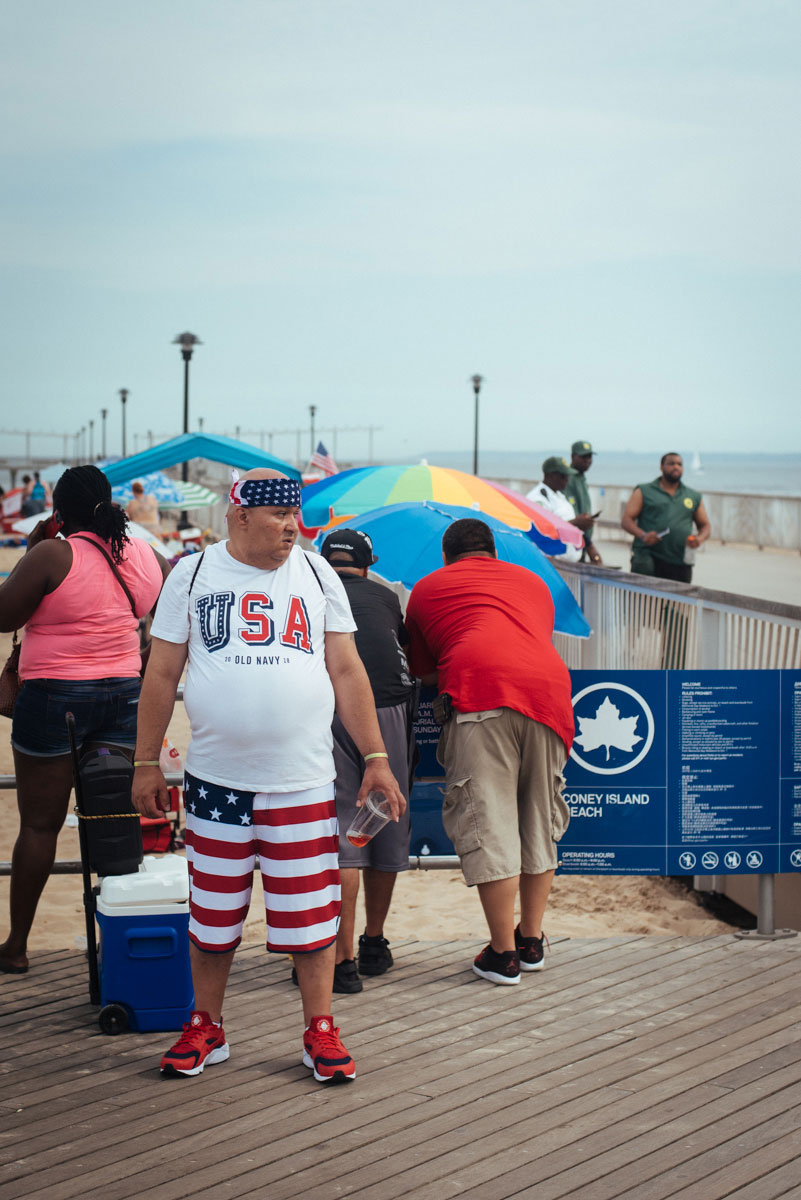 Coney is easily one of my favorite places not just in New York, but anywhere. I remember first seeing it in The Warriors, Walter Hill's 1979 movie, which made it to be this incredibly cool place that is built up in our minds as the heroes are trying desperately to get back to it. I still love the simplicity and the charm of that film, and I love Coney Island just as much.

The reality of it is, of course, much different than what you see in a dystopian film from 40 years ago. But the charm that the real place has is all its own. It's nostalgic for a time even further back. The amusement park rides with cheesy names, the tacky but soulful decor, and then of course, the ocean. There's just something about huge bodies of water and simply being next to them.

And then there's the people. New Yorkers are a colorful bunch on most days, but on Independence day seemingly all of Brooklyn and half of Queens flow down to the Coney beach and boardwalk. It's an explosion of modern and vintage. It's like american pride you'd see at a country fair, but done in a uniqely New York way. In one word, it's crazy.